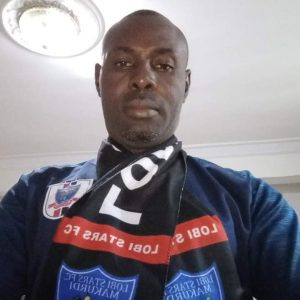 Some people want Lobi Stars dead despite the huge funds which the state government has injected to ensure the success of the Benue state-owned football club.

Information at our disposal showed that some members or let me say dismissed members of the club namely, Paul Tion, Austin Tyowua and Gabriel Ogwuche sent some messages to someone in LMC to blackmail Lobi Stars and the club’s Vice Chairman/CEO, Mr. Dominic Iorfa.

In the messages, the trio lied against Iorfa by accusing him of match fixing which is a serious crime under the League Management Company, LMC.

The LMC official whom they sent the text to however asked them to write an official petition with their names, addresses and phone numbers so their allegation of match fixing against Iorfa could be investigated but till now, they haven’t sent the petition. It’s because they lied in their complaint against the Lobi Stars Vice Chairman.

Should we also called Dominic Iorfa an enemy of the club by taking it out of relegation and by also working hard to get the club to a higher level in country’s league? (Watch Out for our full investigation on Iorfa)

I am Aare Abiodun Oluwarotimi, De Oracular Oracle that eats chicken in the shrine