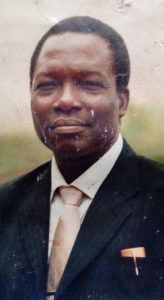 Chief Majasan a Community leader and a great Mathematican died at the age of 70.

The NNPP Senatorial Candidate who made the announcement said his late father a Retired Mathematics Senior lecturer from Osun State College of Education, Ila-Orangun died in Osun State on Wednesday.

The statement read in part: “This is to regrettably announce the death of Chief (Dr) Isaac Adebayo Majasan, the father of Hon. Seun Majasan, the Senatorial Candidate of the New Nigeria People’s Party Progressives Congress (NNPP) in Ondo Central Senatorial District. Burial arrangements will be announced later by the family. May God comfort his family for this irreplaceable loss.

In a statement issued and signed by the State Chairman NNPP and the Acting State Secretary, Pastor Peter and Comrade Ayodele Adebowale respectively stated that they wished him peace, comfort, courage and alot of love at this time of sorrow.

“We the Executives and the entire members of our great party in Ondo state and Nigeria in general sympathizing with one of our candidates, Hon. Seun Majasan Ondo Central Senatorial District candidate ,over the passing away of his father.

“Sir, you have our deepest sympathy and unwavering support. We are wishing you peace, comfort, courage and alot of love at this time of sorrow. And things to let you know that you have the full support of our great party in every moment. Our sincere condolences to you and your family”, the statement stated.