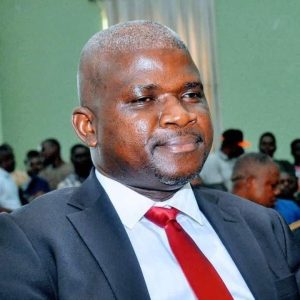 A socio-political group named Friends Of Terver Akase, FOTA has called on the embattled governorship candidate of All Progressive Congress in Benue state, Reverend Father Hyacinth Alia to tender a public apology for stealing ideas in the manifesto of the Special Adviser on Media and Publicity to Governor Samuel Ortom.

Akase was a governorship aspirant of the People’s Democratic Party in Benue state.

The group which reacted in a press statement signed by her media director, Enoch Tsambe said that the document which Alia presented to the media last Sunday was lifted from the gubernatorial manifesto of Terver Akase.

As a socio-political group, we the Friends of Terver Akase, FOTA read with great displeasure how Hyacinth Alia, the disputed APC governorship candidate in Benue State literally lifted ideas from
the guber manifesto of our principal, Mr Terver Akase to develop the document he presented before the media on Sunday 8th January 2023 morning in his Makurdi residence. We find this approach appalling, deceitful and unacceptable.

FOTA observes that in the said document which is tagged “A Strategic Development Plan for A Greater Benue”, Alia copiously used ideas from our principal’s gubernatorial manifesto titled “Benue’ S-WEALTH Template” which was officially presented to the public on February 25, 2022 and is available at www.terverakase.com for open access to anyone in any part of the world.

We expect Alia to have known that lifting our principal’s ideas contained in his manifesto without permission and the deserved credit given to him is a crime punishable under extant laws of this country. If a man who aspires to govern the state is bereft of ideas of his own to the extent of simply copying another person’s ideas and presenting them as his, then, there is a great cause for worry.

Akase’s manifesto had a 7-point agenda. Alia has adopted the same 7-point agenda in what he falsely claims to be his document. A perusal of the sectors such as Security, Education and Agriculture will leave no reader in doubt that the document is a wholesome adaptation of Akase’s original manifesto.

We strongly condemn Alia’s deliberate crude approach in plagiarizing our principal’s manifesto. We are however not surprised that the APC candidate could go this way which clearly exposes his unpreparedness for the enormous task of governance. It is glaring that he lacks the basic ideas about governance and policy formulation. As the Latin phrase summarizes, ‘Nemo dat quod non habet’ – ‘you cannot give what you do not have’ which Alia has clearly demonstrated that he has no depth.

Given his crafty and abysmal conduct, Benue people must understand the shallowness and lackluster disposition of the APC guber candidate in his desperate political ambition which continues to hang in the balance.

FOTA demands that Alia should immediately retract the plagiarized document and tender an unreserved apology to our principal, Mr Akase. Failure to do so, we will be left with no option than to seek redress in a competent court of justice.