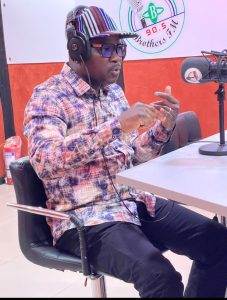 Special Adviser to the Benue State Governor on Media and Publicity, Mr Terver Akase says his principal, Governor Samuel Ortom places higher value on the protection of lives of the people above his political ambition.

The Special Adviser stated that Governor Ortom, since assumption of office, has carried the people of the state along in decision making, stressing that despite daunting challenges, the Governor has remained focused and committed to taking the state to greater heights.

He condemned the renewed unprovoked attacks on people of the state by armed Fulani herdsmen, saying the attacks were an organized resistance by enemies of the state targeted at the establishment of the Community Volunteer Guards.

Mr Akase maintained that despite the attacks, the Governor would not be distracted in his determination to ensure that Benue land is not surrendered to invaders while guaranteeing the safety of lives and property.

Commenting on the concerns raised by primary school teachers, the Special Adviser noted that it was a national challenge that is not peculiar to Benue State. He appreciated the teachers for their support and understanding, assuring them that the State Government would sustain efforts to meet its obligation.

Reacting to the Governor’s recent statements on the utterances of the PDP presidential candidate Alhaji Atiku Abubakar, Mr Akase said his principal had no personal issue with Atiku but would not compromise the position of his people as it affects the herdsmen attacks in Benue State. He stated that Alhaji Atiku was not fair to Governor Ortom and other Benue people and ought to tender an unreserved apology.

On the internal crisis in PDP at the national level, he said Governor Ortom has always insisted that the national leadership of the party did not manage the post convention crisis well and has refused to do the necessary things to bring all aggrieved members back to the fold, despite all good counsel.

On the composition of the national campaign team for the presidential election, Akase said Governor Ortom was not contacted at any time to that effect.

He pointed out that despite the crisis PDP is facing at the national level, the party in the state is united and determined to retain power and win other positions, noting that Governor Ortom does not have a formidable opposition to his senatorial bid.

The Special Adviser further expressed confidence in the ability of Engr. Titus Uba to succeed Governor Ortom, having served as Speaker of the State Assembly creditably and possesses the needed experience and leadership qualities.

Callers on the programme commended Governor Samuel Ortom for always choosing to stand with Benue people in difficult moments, and urged him to sustain his determination.