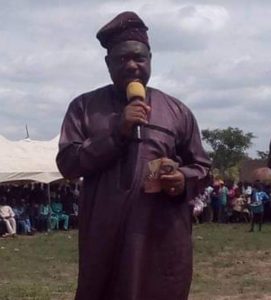 This is certainly not the best time for the minister for special duties and intergovernmental affairs, Senator George Akume as members of the APC in Benue South have rejected his leadership by passing a vote of no confidence on him.

This follows the directive from the leadership of G-9 Benue South Progressives Forum that its members should pull out of the APC Governorship Campaign Council in the state.

The most powerful APC group in Benue South also rejected the appointments of its members to be part of the party’s Governorship Campaign Council for the 2023 general election.

The statement reads: “The leadership of G-9 Benue South Progressives Forum, on behalf of its esteemed members, wishes to inform the APC leadership in Benue State that all its members appointed into the APC Governorship Campaign Council in the State have collectively declined their appointments. This collective decision of the members is to maintain the sanctity of their ideological conviction and commitment to defending the pride and dignity of the Idoma nation.

“This action does not in any way mean withdrawal of support for the APC or its Candidates by G-9 or the affected members, however, the group considers it immoral to accept any appointment under the current state leadership which has no respect for APC stakeholders in Idoma land when it comes to running the State affairs.

“The G-9 has in several agitations demanded that the Tiv-controlled State leadership of the party allow the Idoma people to decide their political affairs by themselves and not by imposition from the Tiv leaders but all that outcry meant nothing to the state leadership. It will therefore amount to greater insult on the Idoma people if Idoma leaders accept responsibility under a leadership that does not accord the Idoma people any iota of dignity or fair share.

“Accordingly, all the under listed members of G-9 who were recently appointed into the APC governorship Campaign Council in Benue state have, by this correspondence, rejected their appointments and have withdrawn their membership of the Campaign Council.”