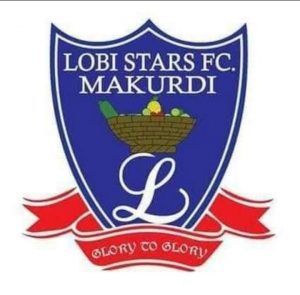 This was contained in a press statement obtained from the media department of the Benue State-owned football club.

Lobi Stars has accepted to participate in the soccer tournament to further aid acclimatization of both old and new players for effective performance. The soccer tournament has been slated to take place from 16-23 October, 2022 at the federal capital territory, Abuja.

The tournament is aimed at Shaping the players who are the main actors of the game with the right frame of mind ahead of the NPFL 2022-2023 season. Already preparations are in top gear in the camp of the Makurdi based side to honor the soccer tournament as the Management led by the VC/CEO Mr Dominic Iorfa have finalised the necessary logistics for the preseason soccer tournament.

The participating clubs includes both the ones in the elite league as well as the ones in the lower division namely; Lobi Stars, Rangers international, Abia Warriors, Nasarawa United, Wikki Tourists, EFCC, Like-Minds FC, Mailantarki etc, are all eagerly waiting to take part in this year’s second edition.

Lobi Stars technical adviser coach Baba Ganaru express satisfaction over the development which he said, is an opportunity to watch the player’s competitively and to further increase their match fitness and awareness.

The first edition of the tournament was won by Plateau United FC of Jos.